Book Dive or Snorkel Charters Now!
Molasses Reef is a coral reef located within the Florida Keys National Marine Sanctuary. It lies to the southeast offshore of the island of Key Largo, and is to the east of the famous John Pennekamp Coral Reef State Park. This reef has been made into a “Sanctuary Preservation Area”.

The Florida Keys enjoys a reputation among divers and snorkelers as the place where the American waters turn tropical, making the island chain a prime spot for underwater adventure such as scuba diving and snorkeling! One of the better known sites for divers and snorkelers alike is Molasses Reef, a vibrant underwater reef system off the island of Key Largo, the first island one encounters when driving south from the mainland into the Keys. This location in the Florida Keys make it a destination for many tourists to the Keys, as well as for those living in Miami. The Molasses Reef Sanctuary Preservation Area, a well known and easily accessible Key Largo dive site, is the most heavily visited coral reef in the Upper Keys – perhaps the world – for scuba diving and snorkeling. A site famous for its clear water, abundant fish, and marine life with numerous boulder corals. It is a classic outer reef with a well-defined spur and groove system of coral development, as you can see on a Molasses Reef dive site map. At the central portion of Molasses, offshore of the light, are a large ship’s winch and historic Spanish anchor. Sea Dwellers Dive Center of Key Largo offers daily scuba diving excursions to this beautiful area. There over 30 marked key largo dive sites located within this reef area, making it the biggest in the Florida Keys. The Molasses Reef dive locations are the best in the Florida Keys!
Mooring Balls – Along the length of Molasses Reef, boats can choose to tie up to 32 different mooring buoys. Diving & snorkeling is possible on this reef, with the shallower areas being those closer to the Molasses Reef Tower, which is on the backside of the reef closest to shore.
Molasses Reef is located within the boundaries of the Key Largo Existing Management Area, formerly Key Largo National Marine Sanctuary. Most of the coral reefs in the Keys exhibit a large amount and variety of marine life due to protections in place. Molasses is one of the best examples of this. According to The Reef Environmental Education Foundation, (REEF), Molasses is one of the top reefs in the Caribbean for abundance and diversity of Marine Life. (French Reef is also considered one of the best FYI).

In the past few years, scuba divers have noticed that Caribbean Reef Sharks have seen a significant increase in numbers. This is on most reefs in the Key Largo area. Sharks are vital to coral reef ecology according to the Coral Reef Alliance.

Hundreds of species of critters can be found on Molasses reef, and most of the corals found in the Caribbean are represented here: elkhorn, staghorn, star, brain and fire corals, as well as many soft corals like sea fans, gorgonians. Numerous corals and several species of sponges creates a beautiful and vibrant underwater landscape. In the nooks and crannies of the many coral heads found on the reef you can find Nurse sharks, coral crabs, lobsters, shrimp, and Green Moray eels. Colorful snappers, angelfish, spadefish, parrotfish and smaller tropical fish are all common sights on the reef. Sea turtles, hawksbill & loggerheads, are also common. The Caribbean Reef Shark is also seen frequently on the reef. Southern Stingrays, as well as Skates, are found in the sandy bottom areas between the coral heads. The Keys are also known for the “schooling fishes”, such as grunts, goatfish, and spadefish, which frequent the Florida Keys reef track.
“Molasses”?
The reason why the reef is called “Molasses” takes you into the realm of legend, as none of the potential reasons can be confirmed. The story goes that a large barge, being pulled by a ship, somehow ended up on the reef with it’s sticky cargo of Molasses stored in barrels. The rest is history!
Weather Conditions Molasses Reef
The reef is about 6 miles offshore and one of the closest reefs to the warm, clear waters of the Gulf Stream. This makes the reef one of the best dive sites in the Florida Keys for water visibility. There is NOAA weather equipment on the unmanned Molasses Reef tower, so it is easy to get current wind conditions for the reef at any time. To see the current weather conditions directly from the Molasses Reef Tower, see this link.
Molasses Reef Dive Site Map
Molasses Reef is hard to miss due to it’s tower and National Oceanic and Atmospheric Administration (NOAA) weather station, located behind it. Due to the numerous permanent mooring buoys along its length boats never need to drop an anchor and risk damaging the coral formations. The north end of the reef is in about 10 to 15 feet of water, making it an excellent area for snorkeling. As the reef travels to the southwest, it deepens down to 65 feet, a better area for novice to intermediate divers. Most of the dive sites are found in the 15 to 45 foot range, with an area seaward in the 65 foot range and comprising 3 mooring buoys. Many of the Molasses Reef dive sites are known for different attributes relating to marine life or bottom coral composition. Some of the most popular dive sites found here are the “Winch Hole”, the “Spanish Anchor” and the “Canyons”. Molasses Reef is a very popular location for diving and snorkeling, with between 30 and 33 dive sites marked by mooring buoys that boats can hook up to. It is a classic outer reef with a well-defined spur and groove reef system of coral development.

One of the most notable sites is buoy #7, which is called by different names such as the Winch Hole, the Windlass Wreck, or simply The Winch. In the sandy area surrounded by coral heads there lies a large mechanical winch from the wreck of the Slobadana, a 170-foot wooden schooner that sank in 1887. In addition to the winch itself there are various mechanical artifacts strewn over the area. The abundance of large coral formations with sandy bottomed channels between them make this a very popular scuba diving location in Key Largo.
Diving Tours
Our Dive Center sends a boat out to Molasses Reef on most days, as consensus has it that this is the best reef in the Florida Keys. We offer 2 trips daily, both are two-tank trips visiting different Molasses Reef dive sites. This reef is also a top destination for night diving, which is a one-tank trip. Boats leave at 8:30am, and 1pm daily, every day of the year! Molasses Reef is perfect for Open Water divers as well as snorkelers. The outer mooring balls are a bit deeper, and currents can make for interesting drift dives for more advanced divers. If you have an advanced dive certification you can engage in some drift diving along the outer ledges where you can explore these deeper parts of the reef. Overall depths range from as shallow as 12 feet, out to over 60 feet. 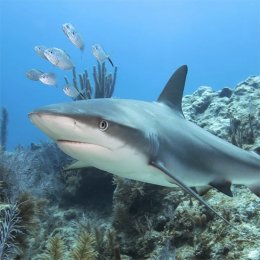 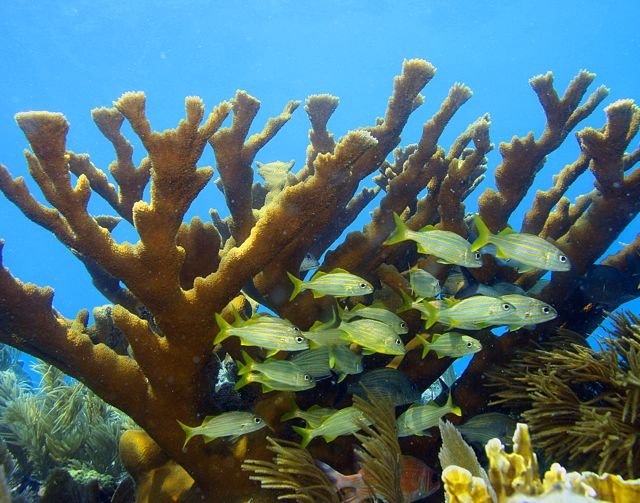 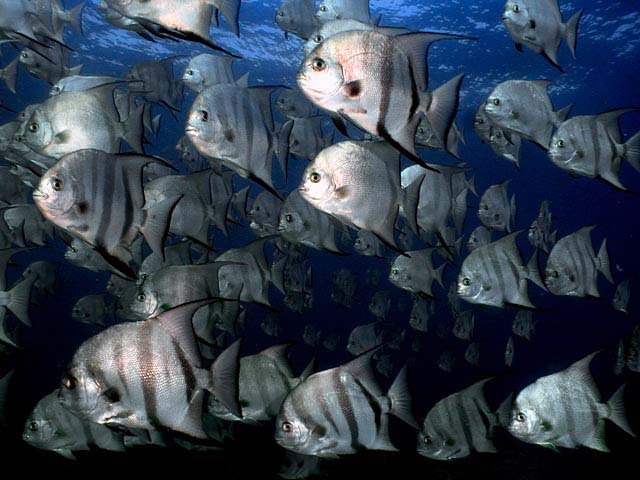 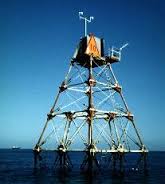