Christ of the Abyss Statue

The Christ of the Abyss Statue off Key Largo, Florida Keys, or “Christ of the Abyss” as it is commonly called, is the third bronze from the original mold. It is located in Pennekamp State Park, The original sculpture, “Il Cristo degli Abissi” is in the Mediterranean off San Fruttuoso between Camogli and Portofino on the Italian Riviera. “Il Cristo degli Abissi” was created by Guido Galletti. In 1954 the original statue was placed near the spot where Dario Gonzatti died in 1947. He was the first Italian to use Scuba gear.

This iconic statue is one of the most famous scuba diving sites in the world, and is visited by scuba divers from around the world. It is located on Key Largo dry Rocks, which is a beautiful intermediate reef.

The statue depicts Christ in a pose offering peace. His hands and head are raised toward the surface with the hands approximately 11 feet underwater.

In 1961 Italian dive equipment manufacturer  Egidi Cressi commissioned the third casting from the original mold, and donated it to the Underwater Society of America in 1962. On August 25 1965 it was placed in approximately 25 feet of water off Key Largo Florida on Key Largo Dry Rocks. The reef lies approximately six miles North east of Key Largo, Florida Keys, in what was then part of  the John Pennekamp Coral Reef State Park. While the statue weighs around 400 pounds, the concrete base to which it is attached weighs about 20,000 pounds.

A plaque on the base of the Christ Statue dedicates it to the memory of Michael Kervorian who was a pioneer dive shop owner in Miami.

“If I take the wings of the morning
And swell in the uttermost
parts of the sea,
Even there your hand will lead me
and your right hand hold me fast.
1927 In Memoriam 1988
Michael M Kevorian”

For visitors to the Florida Keys, St. Justin’s Martyr Catholic Church in Key Largo provided a way for non-divers to see the Christ of the Abyss statue. They commissioned Ido Demetz of Italy to make a bronze replica that was set in place in 1991. It is located in front of the main sanctuary on US 1 at mile marker 105.5 in Key Largo.

The Christ of the Abyss Statue Location – Dive & Snorkel Site

The Christ Statue is positioned on the seaward side of the Key Largo Dry Rocks. The reef is shaped like a hand with sand channels between the fingers. The statue is marked by a pencil buoy and sits in one the fingers. The center of the reef is open and has a good variety of soft corals. Being a relatively shallow dive site the Dry Rocks offer opportunities for snorkelers as well as divers.

Despite the extremely high volume of scuba divers and snorkelers, the coral is in relatively good condition and a wide variety of fish can be seen there. Many dive centers, like Sea Dwellers Dive Center of Key Largo, dive this world famous site located just a few miles off shore. the diversity and abundance of marine life found here is extraordinary, especially the schooling fishes, which the Florida keys has always been known for. Groupers, snappers, grunts, angelfish, nurse sharks, moray eels are just some of the common marine life found here.

The Christ of the Abyss Statue, as well as the many beautiful reefs off the coast of Key Largo, Florida Keys, brings thousands of scuba divers yearly to this popular destination, Key Largo, known as the “Dive Capital of the World”. 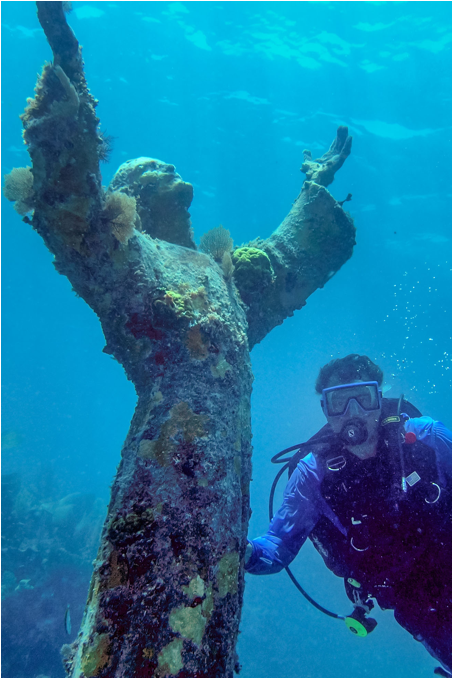 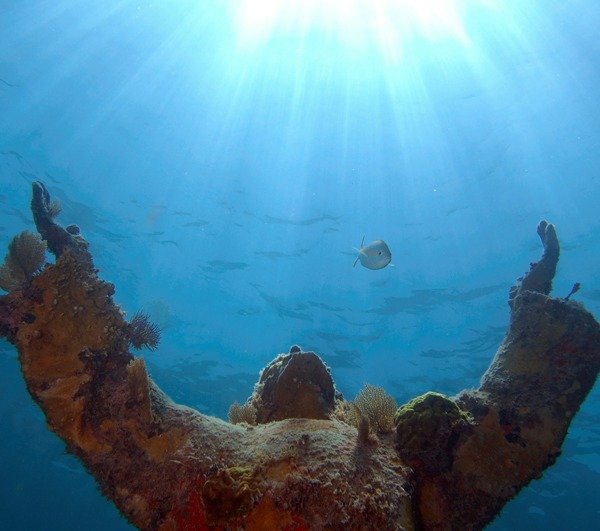 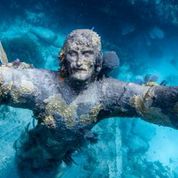